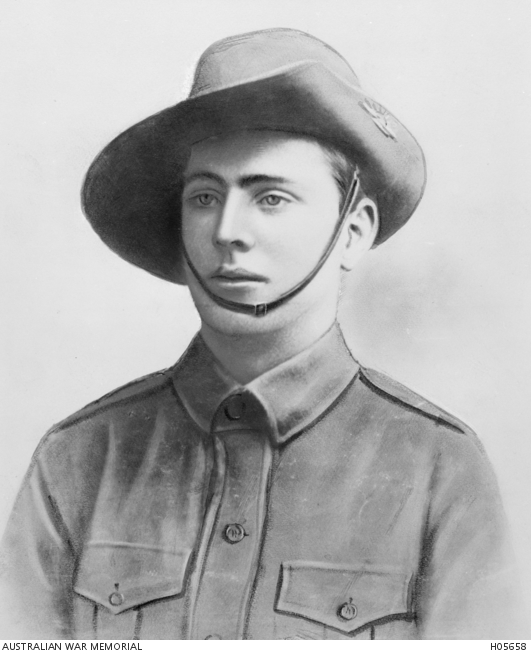 Portrait of 3479 Private (Pte) Colin Campbell Barr a tanner of Richmond, Victoria. He enlisted on 7 August 1915, the same day as his older brother, David. They both sailed on 5 January 1916 on HMAT Afric for the middle east, were transferred to the 57th Battalion and then to the 60th Battalion which then relocated to the Pas-de-Calais region of France. Pte Colin Barr was wounded in action on 19 July 1916 and was evacuated to England where he died of wounds in the Brook War Hospital, Woolwich, on 31 August 191, aged 19 years. His brother, David, was killed in action on 19 July 1916 near Fleurbaix, France, aged 24 years.