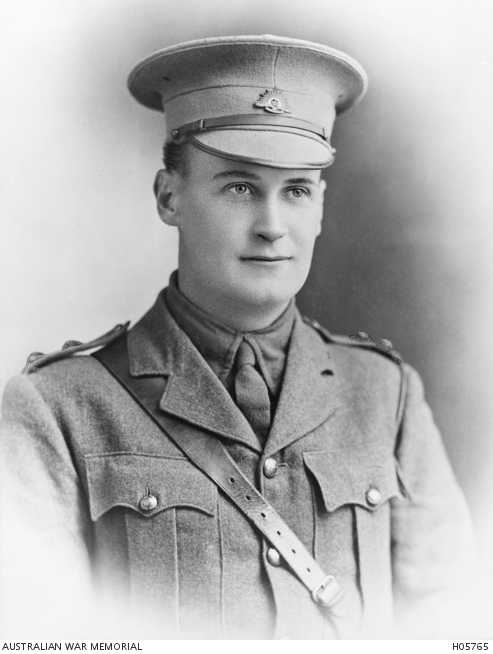 Studio portrait of Lieutenant (Lt) Arthur Douglas Hogan, 21st Battalion from Lewisham, NSW. A 29 year old jeweller/optician prior to his enlistment on 7 April 1915, he embarked for overseas as a Second Lieutenant with the 11th Reinforcements of the 5th Battalion from Melbourne on 11 October 1915 aboard HMAT Nestor. After arriving in Egypt, he was repatriated back to Australia suffering from typhoid. Following his recovery, he embarked again with the 13th Reinforcements of the 21st Battalion from Melbourne on 3 July 1916 aboard HMAT Ayrshire. He joined the battalion in Belgium where he was promoted to Lieutenant and wounded in action. After recovering, he rejoined the battalion and was killed in action at Passchendaele on 9 October 1917. Lt Hogan is commemorated on the Menin Gate Memorial, Ypres, Belgium with others who have no known grave.