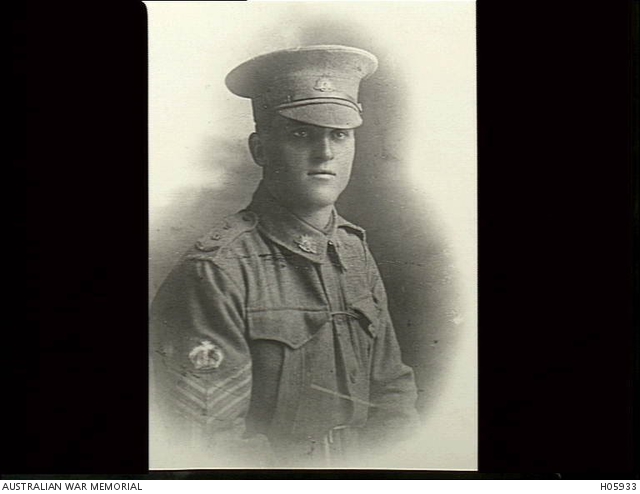 Studio portrait of Warrant Officer Sergeant Henry John (Roy) Hall, 2nd Replacements 2nd Battalion, of Uranquinty, NSW, who enlisted on 22 June 1915. Prior to his enlistment he served with the Australian Naval and Military Expeditionary Force (AN&MEF). He later served as a 2nd Lieutenant with the 54th Battalion and was killed in action on 19th-20th July 1916 at Fleurbaix, aged 22 years. Prefer image A00592.