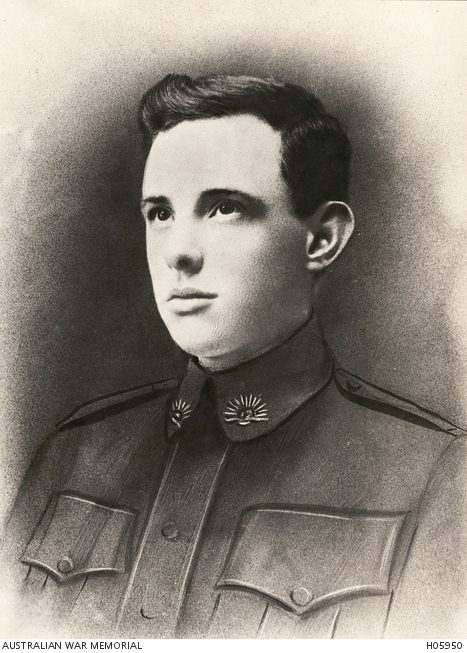 Studio portrait of 3012 Private (Pte) Rupert Duffham Bussell, 56th Battalion. A clerk of Gunnedah, New South Wales, prior to enlistment in the 4th Battalion on 1 August 1915 he embarked from Sydney aboard HMAT Warilda on 8 October 1915 for Egypt. He was transferred to the 56th Battalion on 16 February 1916 and his unit relocated to the Western Front, France, during late June 1916. Pte Bussell was wounded in action near Fleurbaix, France, on 20 July 1916 and was evacuated to England with head wounds and died of these wounds on 25 July 1916 in Suffolk Hospital. He was aged 23 years.