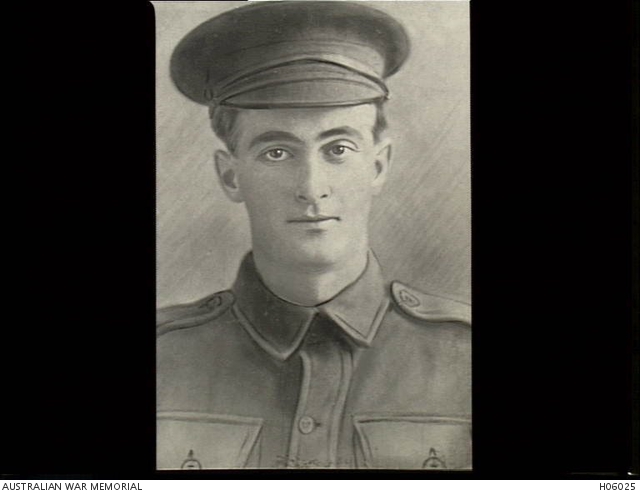 Studio portrait of 3756 Private (Pte) Thomas Perriam Arthur, 24th Battalion from Brighton, Victoria. A 25 year old timber worker prior to enlisting on 1 December 1915, he embarked for overseas service with the 9th Reinforcements from Melbourne aboard HMAT Warilda (A69) on 8 February 1916. After disembarking in Egypt, he proceeded to France in March 1916 and was wounded in action at Mouquet Farm on 26 August. While undergoing medical treatment at the 49th Casualty Clearing Station at Contay, he died from his wounds on 29 August 1916 and is buried in the Contay British Cemetery, France. His brother was 995 Sergeant Charles Edmund Perriam Arthur who was killed in action at Gallipoli on 11 May 1915 [see image H06024].