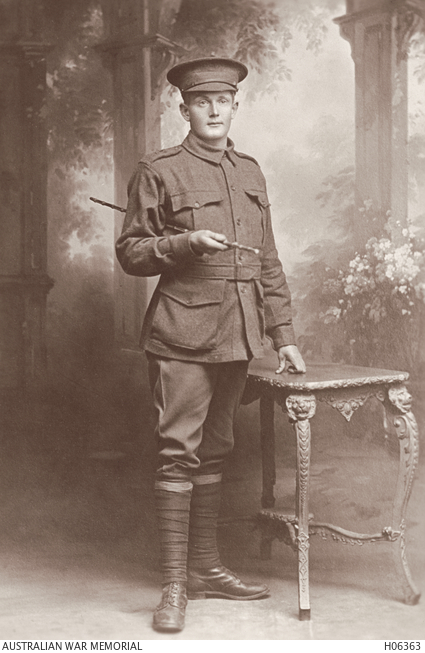 Studio portrait of 2458A Lance Corporal (L Cpl) Jack Frerichs, 50th Battalion. A labourer from Beulah Park, SA prior to enlistment, L Cpl Frerichs embarked with the rank of Private with the 5th Reinforcements, 27th Battalion from Adelaide on HMAT Themistocles on 13 October 1915. After being previously wounded in action on three separate occasions, on 23 May 1918 he died of wounds received in action and was buried in the Vignacourt British Cemetery, France. His brother 5461 Private Frank Frederick Frerich had previously died of wounds, also in France.