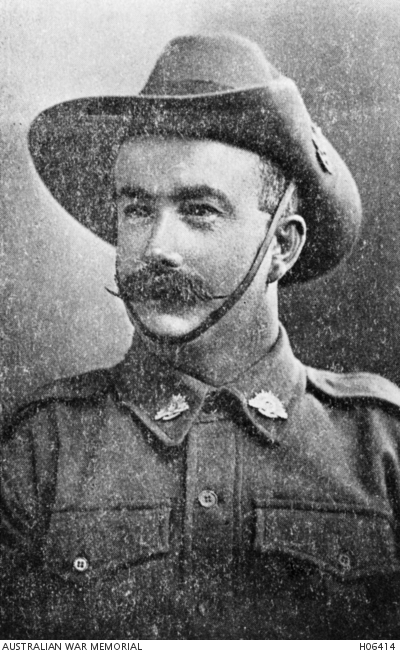 Studio portrait of 2891 Private Arthur Edward Bray, 32nd Battalion, of Port Victoria, SA. A butcher prior to enlistment, Pte Bray embarked with the 6th Reinforcements from Adelaide on HMAT Aeneas on 11th April 1916. On 10th November 1916 he died of wounds received in action and was buried in the Etretat Churchyard near Le Havre..