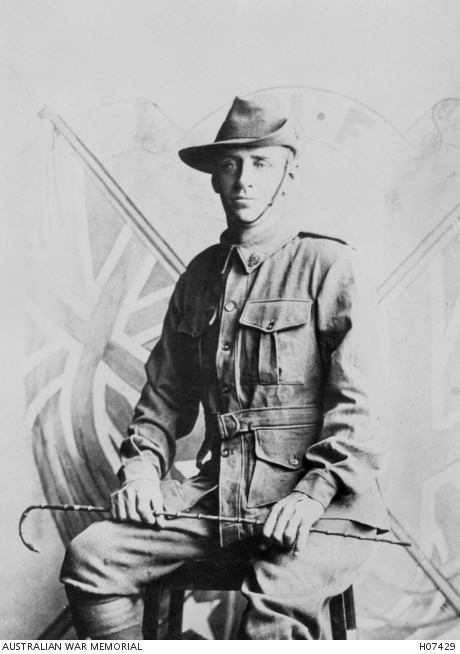 Studio portrait of 115 Private (Pte) Herbert Horan Byrne, 15th Battalion. A miner from Marrickville, New South Wales, prior to enlistment on 28 September 1914, he embarked from Melbourne aboard HMAT Ceramic on 22 December 1914 for Gallipoli. Pte Byrne was wounded in action at Gallipoli and died of these wounds aboard Hospital Ship Gascon on 6 May 1915. He was aged 36 years. His brother, 4079 Corporal Lawler Sutton Byrne, died of wounds received in action on the Western Front, France, on 3 September 1918.