Outdoor group portrait of the Band of the 51st Battalion. This image was published in the ... 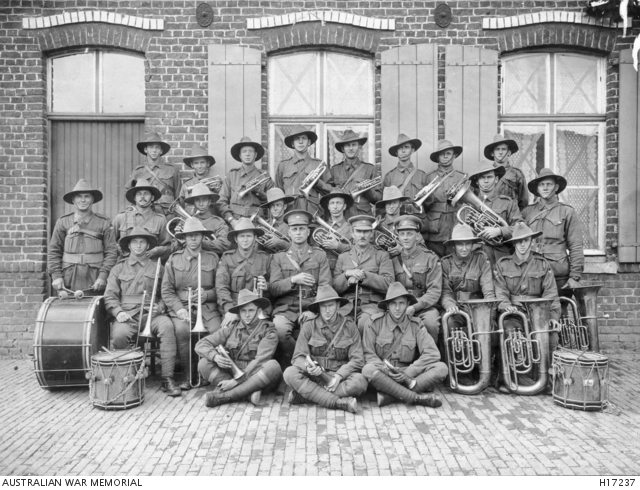