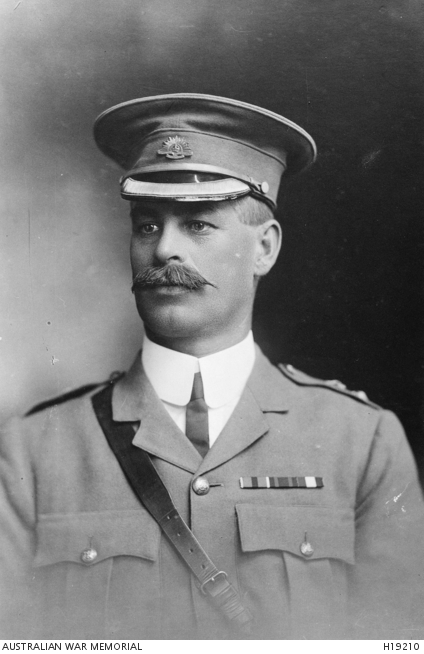 Studio portrait of Lieutenant Colonel (Lt Col) Frank Milton Rowell, 3rd Australian Light Horse Regiment. A civil servant from Lockleys, SA prior to enlistment, Lt Col Rowell had previously served with distinction during the Boer War and embarked as the Commanding Officer from Adelaide on HMAT Port Lincoln on 22 October 1914. Whilst serving at Gallipoli, he became ill, but continued to serve until he was evacuated to HMHS Gloucester Castle suffering from acute peritonitis. On 8 August 1915, aged 39, he died and was buried at sea. He is commemorated on the Lone Pine Memorial.