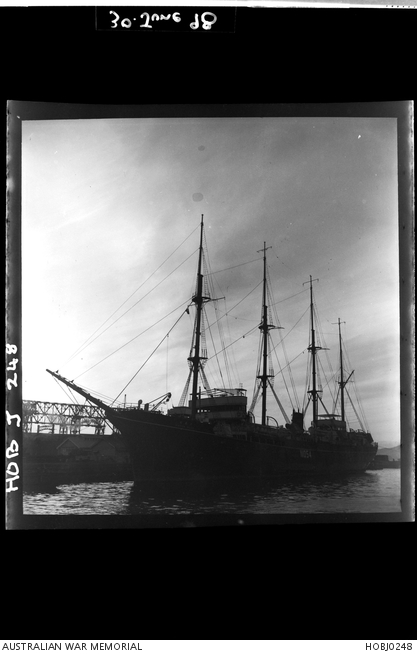 The four-masted steel barque, the Nippon Maru (1930-1984), docked at a wharf.The Nippon Maru was an elegant sailing ship that was in active service as a sailors' training vessel from 1930 to 1984, during which period it was known as the 'Swan of the Pacific'. During World War II her yards were sent down and she was used as a motor-training vessel in the Home Islands. She was rerigged after the Second World War and resumed training, making her first cruise to the United States in 1954.