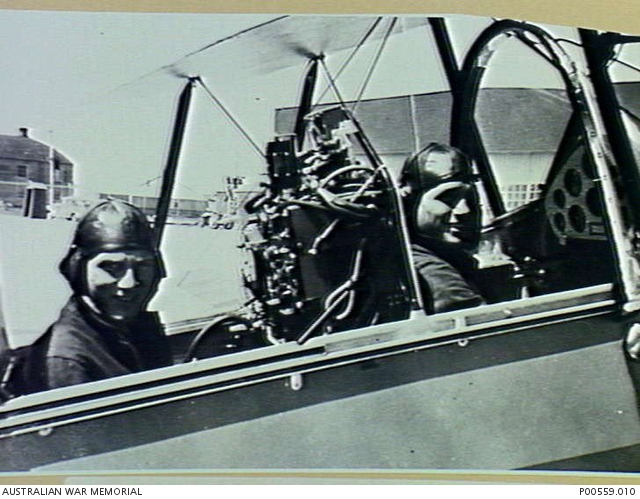 Stevenson's Airfield, Winnipeg, Canada. RAAF Empire Air trainee pilots 403186 Jack Douglas Garland (later Warrant Officer) and 403201 Fletcher McKendrick (later Sergeant [Sgt]) shown seated in the cockpit of a DH82C DeHavilland Tiger Moth fitted with a sliding canopy. This aircraft was one of 136 Tiger Moths used by the RCAF, equipped with the American Menasco engine due to the difficulty in obtaining Gipsy engines from England. Sgt McKendrick was lost on operations over North Africa while flying with 500 Squadron RAF on 27 December 1942. He has no known grave and is listed on the Malta Memorial.