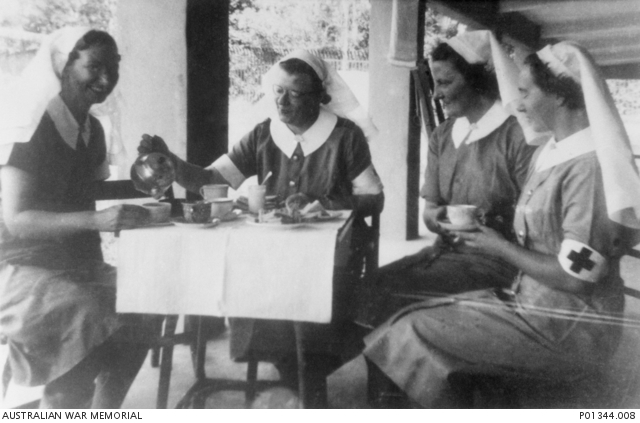 Four sisters of the 2/13th Australian General Hospital enjoy a cup of tea on the verandah of ward C1. Identified (left to right): Sister (Sr) Vivian Bullwinkel; Matron Irene Drummond; Sr M Anderson; Sr M Selwood. The hospital was located in an unfinished mental hospital about seven miles north of Johore Bahru. Matron Drummond was one of 21 AANS nurses killed in the Banka Island massacre on 16 February 1942. Sr Bullwinkel was the only survivor of the massacre. She was later held at Pelambang prisoner of war camp for three and half years.