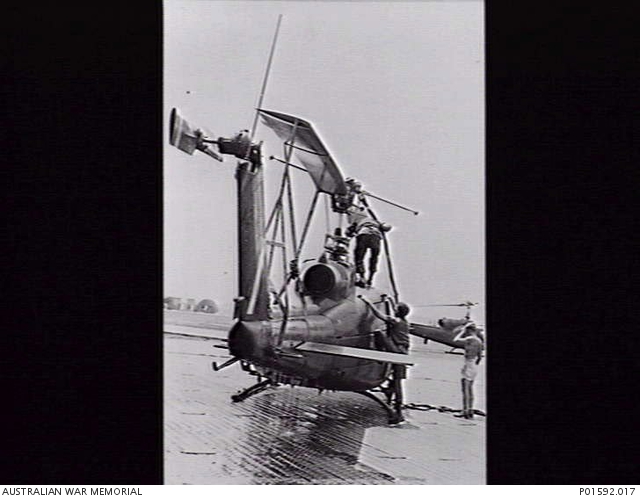 Watched by RAAF ground crew 43592 Leading Aircraftman (LAC) Robin Gee (in white shorts), two American Chinook helicopter crewmen disengage and retrieve the lifting strap from the rotor head of a No 9 Squadron, RAAF, UH-1B Iroquois helicopter, which they have just recovered after its pilot, 23446 Flight Lieutenant (Flt Lt) Leigh Oxley 'Laddie' Hindley, of Goulburn, NSW, had made an emergency landing on the beach near Vung Tau after running out of fuel. Sea water can be seen escaping from the Iroquois' tail unit and according to LAC Gee, despite the hours he and others spent cleaning salt from the tail, it was eventually replaced as it had become 'riddled with corrosion'.