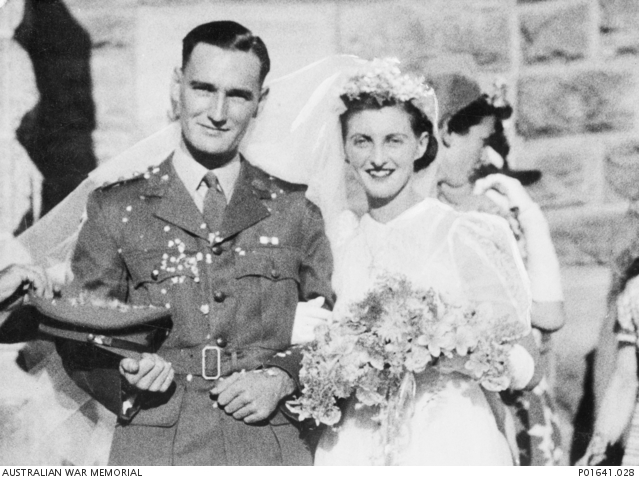 WX3093 Captain (Capt) Ronald Henry Christian MC and bar and his bride the former Yvonne Marcelline Marie 'Dickie' Antoine outside the church after their wedding. The then Corporal Christian and Miss Antoine, were engaged in early 1940 as the 2/16th Battalion prepared to depart for the Middle East. Nearly a year later Miss Antoine, who was a member of the Dalkeith, WA, Voluntary Aid Detachment (VAD) No 512 volunteered for overseas service and was drafted to the Middle East. The couple were lucky enough to meet unexpectedly in Palestine before Lieutenant Christian returned to Australia with his unit in 1942. WFX17019 Pte Antoine returned to Australia with the 9th Division and Capt Christian arrived in Perth, WA, from New Guinea three days later. The couple were immediately married and after their leave returned to their respective units.