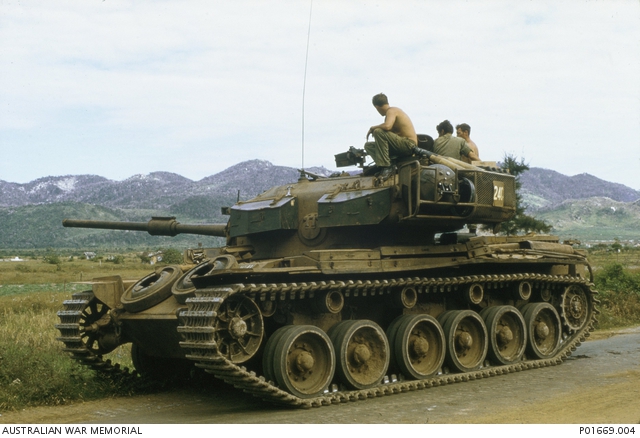 A Centurion Mk V/1 tank, with the call sign two four charlie, (24C), of A Squadron, 1st Armoured Regiment (1AR), Royal Australian Armoured Corps (RAAC), on Route 44 near the Long Hai Hills, which are visible in the background. With its gun trained towards the hills, the tank is part of a small column of Australian vehicles that is checking for enemy movement in the area. Note that this tank is still carrying the B Squadron call sign plate 24 (two four). The name change from B to A Squadron had only taken place on 23 December 1969.