Japan, 1948-06-12. Informal outdoors portrait of three of the guests at the wedding reception ... 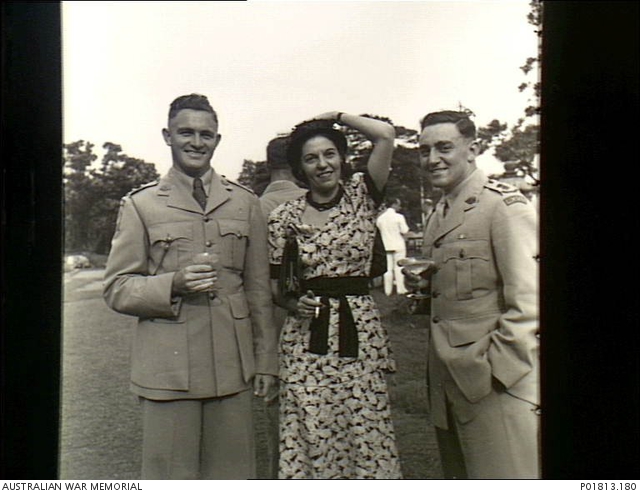 Japan, 1948-06-12. Informal outdoors portrait of three of the guests at the wedding reception party for 3/86 Lieutenant Colonel Fergus MacAdie, Commanding Officer of the 67th Infantry Battalion serving with BCOF, and his new wife. The guests are (left to right): 1/122 Lieutenant (Lt) Keith John O'Neill; unknown woman; 2/507 Lt Ivan Rupert Wilson ('Lou') Brumfield. Lts O'Neill and Brumfield, who are drinking champagne or punch, are both members of Colonel MacAdie's battalion. The woman, who has a cigarette in her hand, is not the wife of either officer as they were both single. The reception is taking place at Mudge Hall, the former palace of a Japanese prince that had been taken over as a club for American cavalry officers. (Donor I. Robertson)