The crash of a United States Army helicopter gunship (centre) outside the 1st Australian Task ... 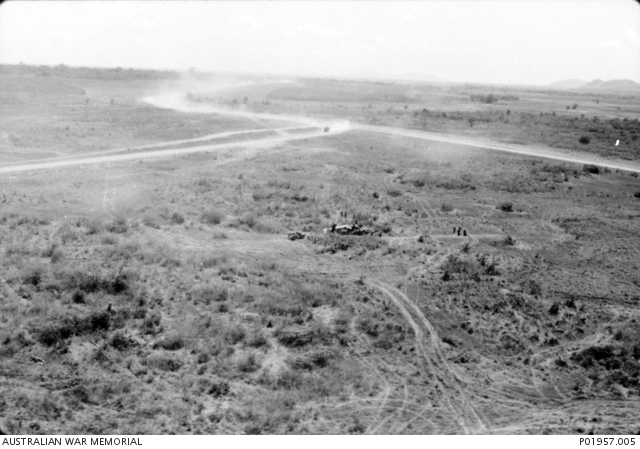 The crash of a United States Army helicopter gunship (centre) outside the 1st Australian Task Force (1ATF) base precipitated the first use of a Bell Iroquois UH-1H helicopter gunship (not in view) of 9 Squadron RAAF five days before they officially became operational in their new offensive role. This US helicopter had crashed on approach to the Kangaroo Pad whilst in support of operations underway by Australian troops. Dust trails over intersecting dirt roads signal the approach of military vehicles tasked for assistance. These RAAF gunships were identified by the callsign 'Bushranger'. (Colour version of the same image is held at P02975.060)