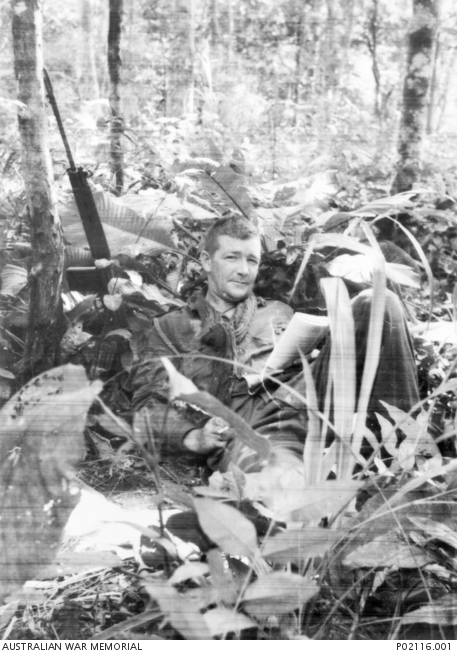 214468 Sergeant (Sgt) Brian Walsh MM, Platoon Sgt, 9 Platoon, C Company, 7 Battalion, The Royal Australian Regiment (7RAR), sitting on the ground amongst the ferns in the jungle, resting and reading a book. He is participating in Operation Santa Fe, a multi-brigade search and destroy operation aimed at clearing the enemy out of their base and logistics areas in the Thua Tich and May Tao regions. When previously serving with the Australian Army Training Team Vietnam (AATTV), Sgt Walsh had been awarded the Military Medal for his actions in helping to evacuate a wounded soldier near Ben Het on 11 May 1966. He was killed in action near Ben Het on 27 June 1969.