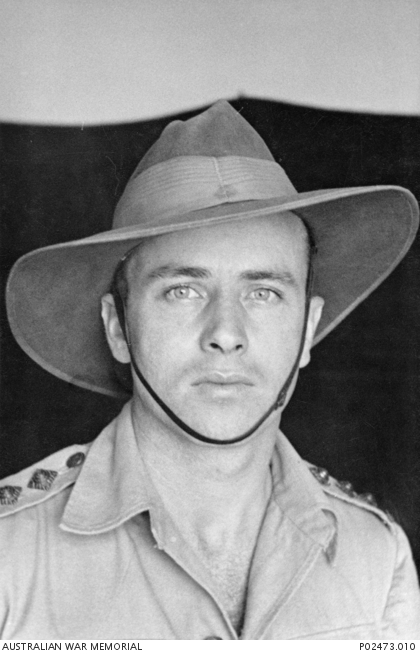 Middle East. c January 1941. Portrait of SX7174 Captain Ivor Henry Thomas Hele, who enlisted on 29 June 1940, sailing for the Middle East on 17 November 1940 as a private with the 2/48th Battalion. He was promoted to lieutenant then temporary captain before his appointment as an Official War Artist on 11 October 1941. Ivor Hele also served in New Guinea. On 2 April 1952, he was appointed to the rank of major, with army number SX700092, in the Royal Australian Infantry, Army Headquarters, serving in Japan and Korea as an Official War Artist. (Donor M. Rankin)