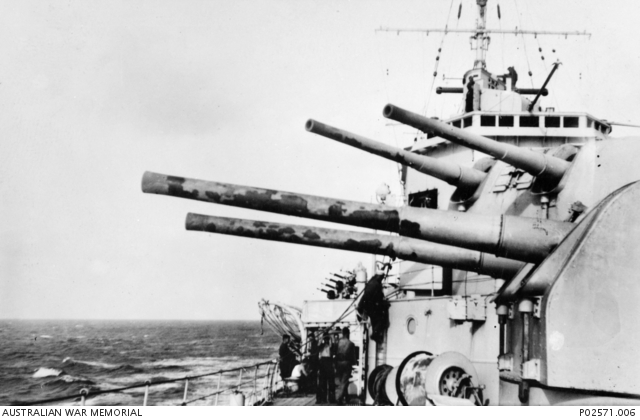 The forward six inch gun turrets of HMAS Sydney II showing the blistered paint on the barrels from the heat of sustained firing at the Italian cruiser Bartolomeo Colleoni during the battle of Cape Sparda, off the coast of Crete. The Italian ship was immobilised by accurate fire from the Sydney's six inch guns and then sunk by torpedo's launched from the escorting British destroyers. Note the Vickers four barreled (quad) .50 calibre, anti aircraft mount in the background.