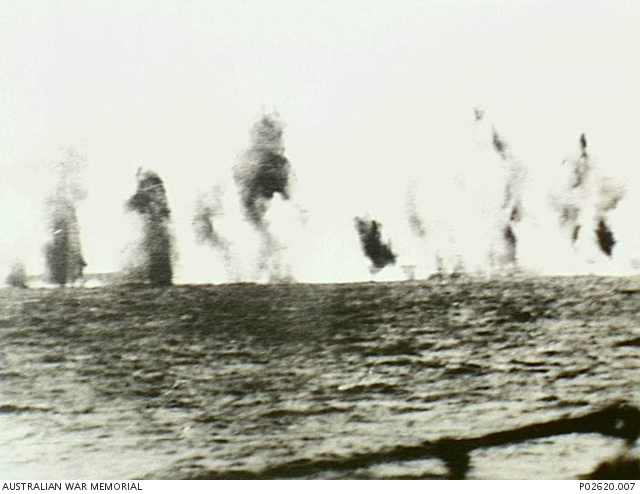 Java Sea. 15 February 1942. Bomb spray obscures the British cruiser HMS Exeter, as Exeter and the Australian cruiser, HMAS Hobart, manoeuver during a Japanese air attack. Exeter survived this attack to be later sunk in the Java Sea on 1 March 1942 by a torpedo from the Japanese destroyer, Inazuma. HMS Encounter and USS Pope were with the Exeter, and all three ships sunk off the southern coast of Borneo. (Donor J. King)