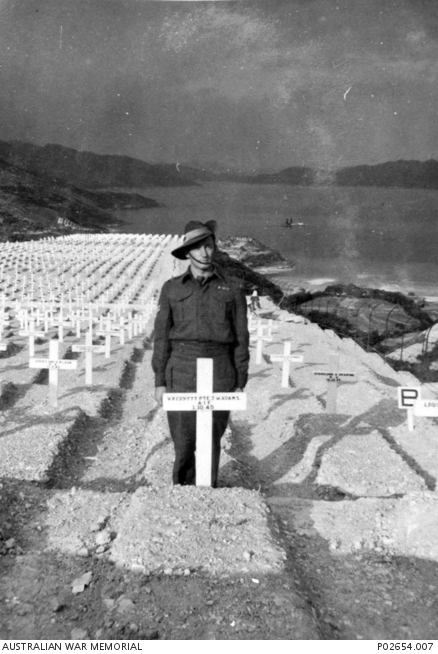 NX47190 Corporal (Cpl) Athol (Tom) Pledger standing behind the grave of VX39777 Private (Pte) James (Jim) W. Adams in the steeply sloping Sai Wan Cemetery. Pte Adams died of illness on 1 October 1945 on board the Royal Navy Hospital Ship Gerusalemme, while it was docked in Victoria Harbour, Hong Kong. Gerusalemme was transporting 139 released POWs, 56 of them Australian, from Hong Kong to Australia, and was scheduled to rendezvous with the Hospital Ship Maunganui in Manilla, when it was ordered to return to Hong Kong. Most of the other Australians returned home from Hong Kong on board HMS Striker.