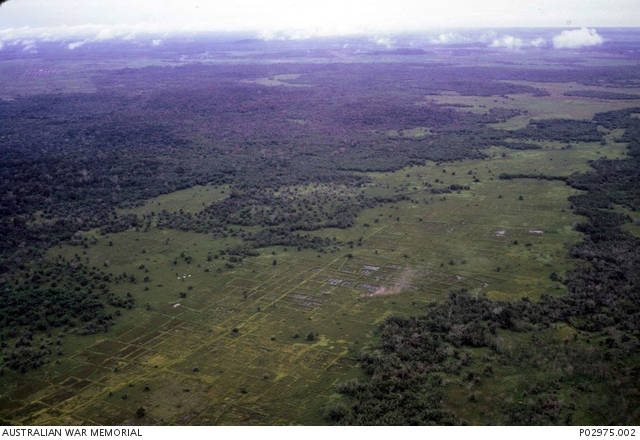 Recovering a Bell Iroquois UH-1H helicopter serial number A2-769 of 9 Squadron RAAF following a forced landing after engine failure, six kilometres west of Ap Suoi Nghe (background left). Purple smoke has been thrown for the crew of the recovering aircraft, a US Army Boeing Vertol CH-47 Chinook helicopter (not in view), to assure them that the downed aircraft is in allied hands. The 1st Australian Task Force (1ATF) base at Nui Dat can be seen, to the south east, spanning almost two-thirds of the background.