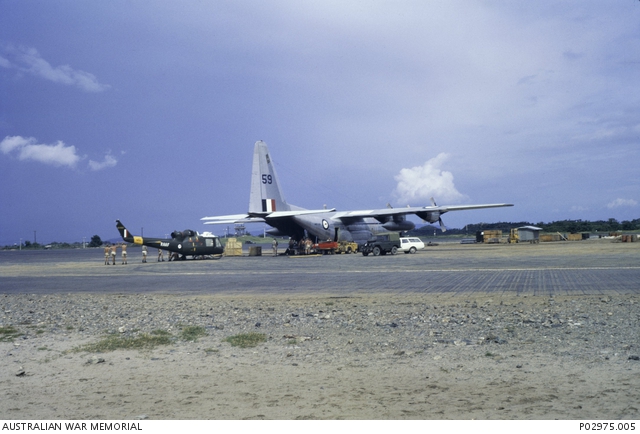 Airmen of 9 Squadron RAAF load a Bell Iroquois UH-1B helicopter, serial number A2-1019, into a waiting RAAF Lockheed Hercules C-130 aircraft, serial number A97-159, whose affix 59 is displayed on the tail. These Australian Hercules aircraft were not based by squadron in Vietnam but regularly staged through the country supporting Australian forces in varying roles.