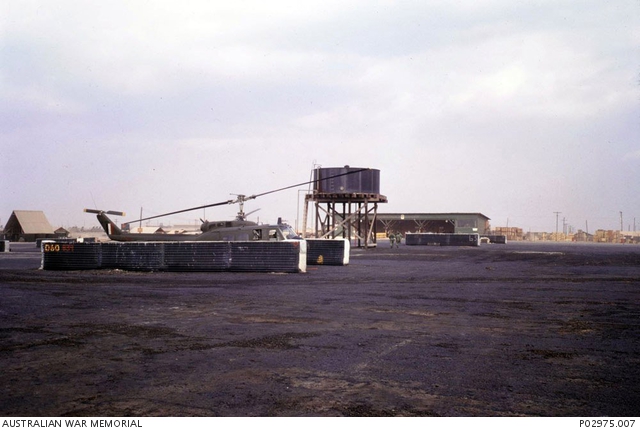 A Bell Iroquois UH-1H helicopter, possibly a rescue slick fitted with a hoist, code named 'Red Catcher', of Detachment A of 9 Squadron RAAF is parked in a revetment. Other buildings and base facilities are visible in the background. The raised structure behind is possibly a water tower. A service hangar sits immediately behind it. This aircraft was later damaged by enemy rockets and after repair it was used as a commuter aircraft. Here it is pictured in a defensive perimeter south east of Saigon.