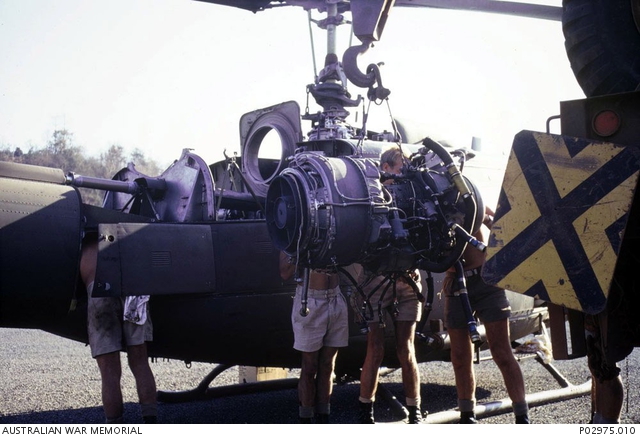 Four unidentified airmen of 9 Squadron RAAF carry out routine scheduled maintenance on a Bell Iroquois UH-1H helicopter. They are changing an engine on this Lycoming turbo powered aircraft. With 16 aircraft on strength, aircraft maintenance was carried out round the clock to maintain operational support to the 1st Australian Task Force (1ATF) at Nui Dat. The maintenance crews normally worked from 0800 to 1700 six days a week. They were then relieved by a duty crew, comprising an airman from each of the major technical categories, who were on standby to carry out emergency service in response to continuing operational demands on the squadron after normal daily flying tasks.