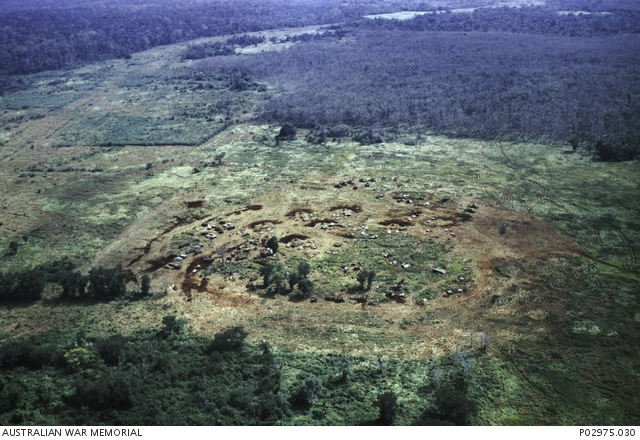 Located 15 km north east of Nui Dat, Fire Support Base (FSB) Wilton was defended by 161 Battery Royal New Zealand Artillery for a period in 1969. Considered to be one of the most heavily armed artillery bases operating in support of the 1st Australian Task Force (1ATF), its weapons included 105 mm and 155 mm artillery pieces. The base was also defended by armoured vehicles including M113A1 armoured personnel carriers (APC) and Centurion Mark V/1 tanks. The name of the base probably referred to General Sir John Wilton, the then chairman of the Chiefs of Staff Committee.