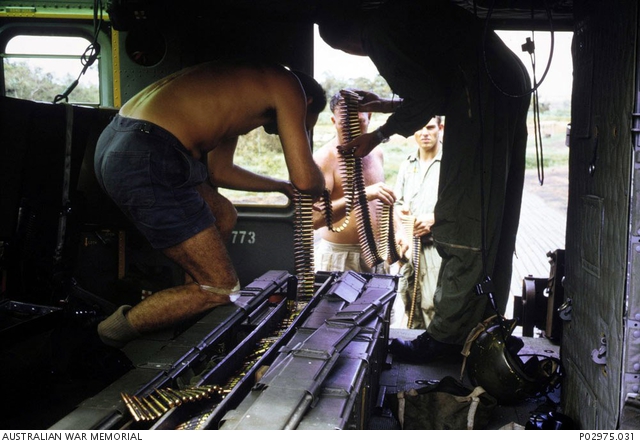 A Bell Iroquois UH-1H helicopter gunship of 9 Squadron RAAF, serial number A2-773, being rearmed for another mission. The two unidentified armament fitters, normally stationed there throughout the day, are loading strips of 7.62 mm ammunition for the two M-134 (GAU-2B/A) miniguns on either door-side as two other aircrewmen observe them from outside the aircraft. Every fifth round is an incendiary bullet. This aircraft later returned to Australia for further service.