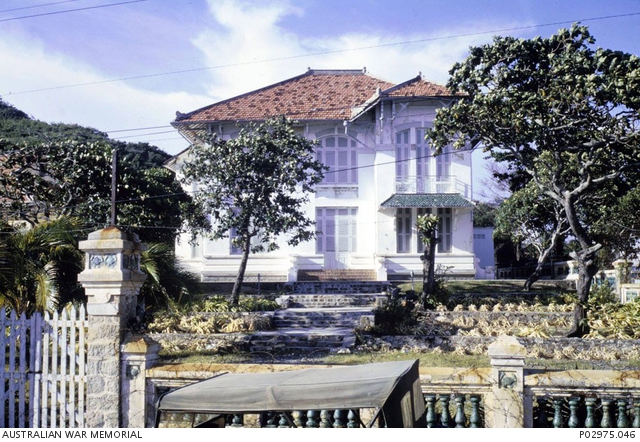 Villa Anna, built in the traditional French mansion style, originally housed RAAF officers from their arrival in 1964 until 1968. The port of Vung Tau, on the Cap Saint Jacques Peninsula, located 62 km south east of Saigon, was then the fifth largest city in South Vietnam. This location was chosen for shipping access by naval and commercial vessels. Renowned for its famous beaches, it also became a major recreational facility for soldiers serving in Vietnam. This image is taken from the sea wall.