The 1st Australian Task Force (1ATF) base in Phuoc Tuy Province as viewed from the south. 1ATF ... 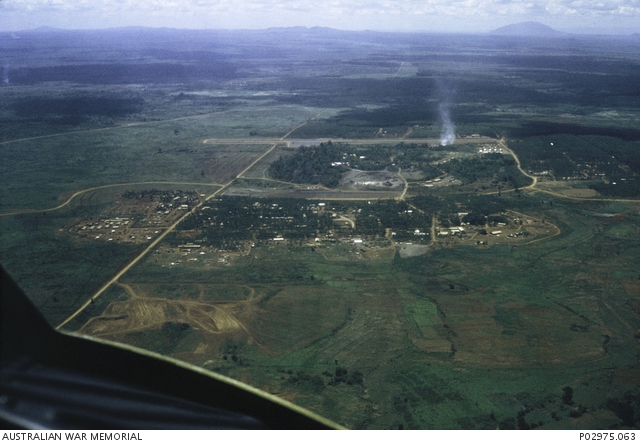 The 1st Australian Task Force (1ATF) base in Phuoc Tuy Province as viewed from the south. 1ATF established the base in May 1966 and handed it over to the Army of the Republic of Vietnam in November 1971 as 1ATF withdrew from South Vietnam. The base was some eight km north east of the provincial capital Baria and 27 km north east of the port of Vung Tau, the location of the 1st Australian Logistic Support Group (1ALSG). The dominating feature of the base was the hill named Nui Dat (in Vietnamese meaning mountain or hill of soil) between the airstrip to its north (Luscombe Field) and the smaller helicopter landing zone (LZ) Kangaroo Pad to its south. (Black and white version of the same image is held at P02975.064).