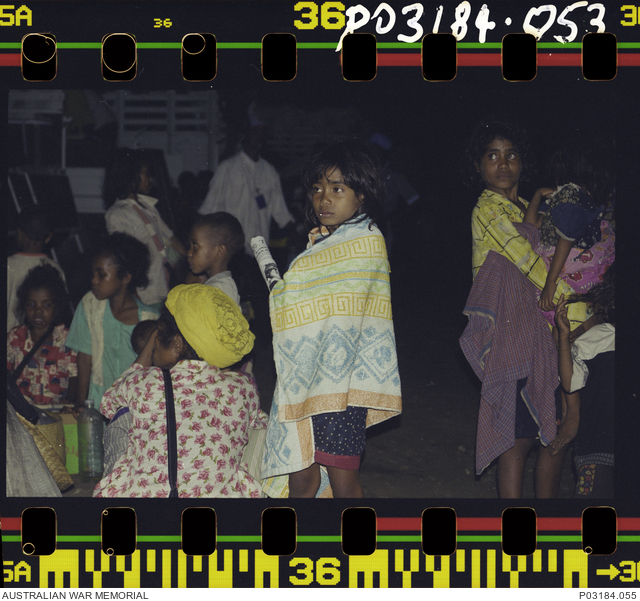 Dili, East Timor. 12 November 1999. Timorese refugees gathered on the beach at Dili Harbour after returning from the Oecusse Enclave in West Timor. The refugees arrived back in Dili with their few possessions at 8:30 each night via privately chartered ferries, coordinated by Non Government Organisations (NGO's). They are helped from the boats by troops of A Battery, 8th/12th Medium Regiment, part of the International Force for East Timor (Interfet) and transported to makeshift accommodation in the trucks provided by the NGO's.