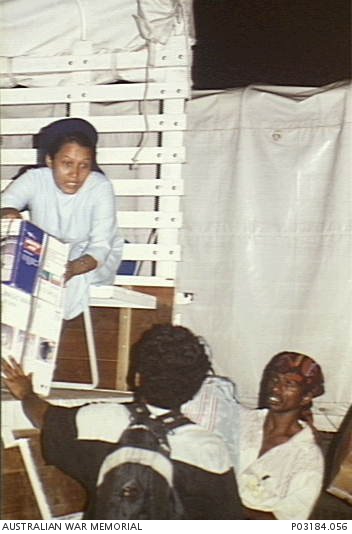 Dili, East Timor. 12 November 1999. A Catholic nun sitting in the back of a truck assisting Timorese refugees after their return from the Oecusse Enclave in West Timor. The refugees arrived back in Dili with their few possessions at 8:30 each night via privately chartered ferries, coordinated by Non Government Organisations (NGO's). They are helped from the boats by troops of A Battery, 8th/12th Medium Regiment, part of the International Force for East Timor (Interfet) and transported to makeshift accommodation in the trucks provided by the NGO's.