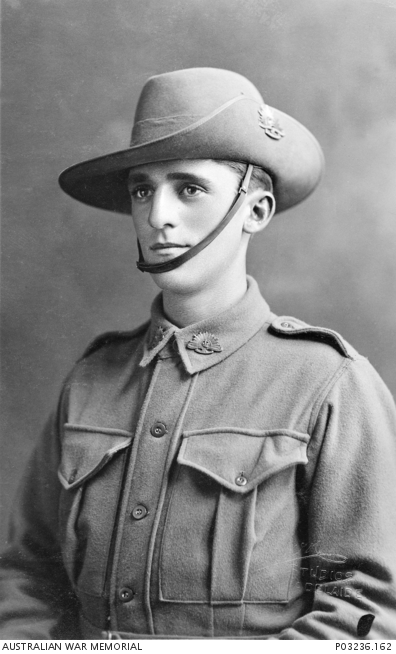 Studio portrait of Australian Prisoner of War (POW) 475 Private (Pte) Frederick Alexander D'Herville, 32nd Battalion, from Adelaide, SA. Pte D¿Herville enlisted at the age of 21 on 6 July 1915 and embarked for overseas on 18 November 1915 aboard HMAT Geelong. He was wounded in the left shoulder and hip and captured at Fleurbaix, France, on 20 July 1916. After being held in various POW camps in Germany, he was repatriated to Holland on 30 April 1918 and then onto England on 22 November 1918. Pte D'Herville arrived back in Australia on 20 October 1919. One of a series of over 400 photographs sent by Australian POWs in German camps to Miss M. E. Chomley, Secretary, Prisoners Department, Australian-British Red Cross Society, London. Original album housed in AWM Research Centre at RC00864, Album image number 193.