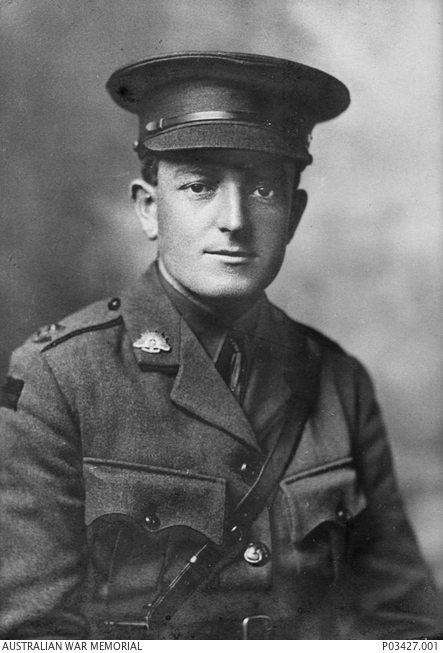 Portrait of Captain (Capt) Harold Maurice Griffiths, 5th Battalion, from Albert Park, Vic. Capt Griffiths served in the Citizens' Military Force (CMF) as a sergeant before enlisting on 17 August 1914. He was killed in action at Bapaume, France on 8 May 1917, and is buried in Grevillers British Cemetery. In April 1917 he was awarded a Military Cross (MC) medal.