Billy-Montigny, France. Group portrait of jubilant liberated allied airmen who had been in hiding ... 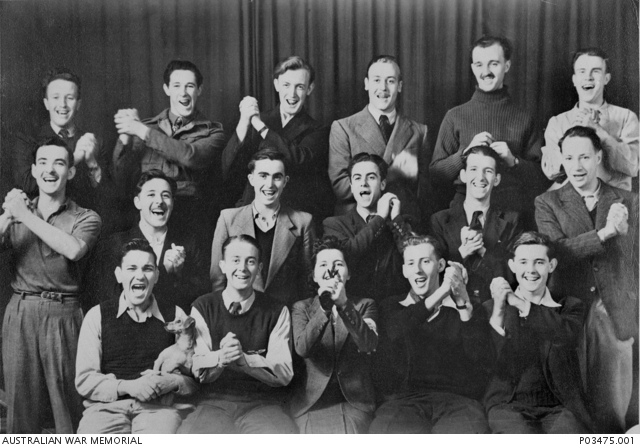 Billy-Montigny, France. Group portrait of jubilant liberated allied airmen who had been in hiding after being shot down or crashing in France and Madame (Mme) Louise Heller, a member of the French Resistance group La Voix du Nord (Voice of the North). Identified is Flying Officer (FO) Arnold Morrison RAAF, sole survivor of a crashed aircraft (front row, second from right) and 427302 FO John Anglin Cullity RAAF (front row, right). Mme Heller, an Austrian national, and her husband Ernest ran a photographic studio and she was a billeting officer for La Voix du Nord. All those pictured were her 'clients'. The men, all in civilain clothing, were members of the RAF, RAAF, RCAF and USAAF who were in hiding in the vicinity of Lens at the time of liberation.