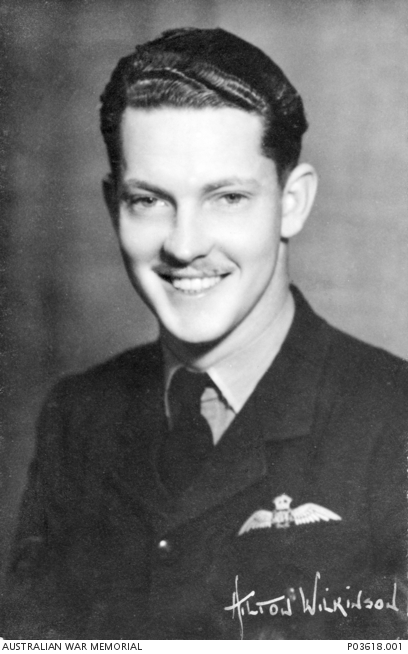 Studio portrait of 403426 Pilot Officer (PO) William Walter Evans RAAF, of Hamilton, NSW, a pilot with 94 Squadron RAF. PO Evans died in the Middle East in a flying accident on 1 August 1943. He bailed out of his aircraft at too low an altitude and struck the ground before his parachute streamed properly. This portrait was considered to be very good and it was used by the photographer as advertising in his window. The family asked him to remove it after PO Evans' death.