Group portrait of Officers of the Australian Field Artillery in front of the sphinx and pyramids ... 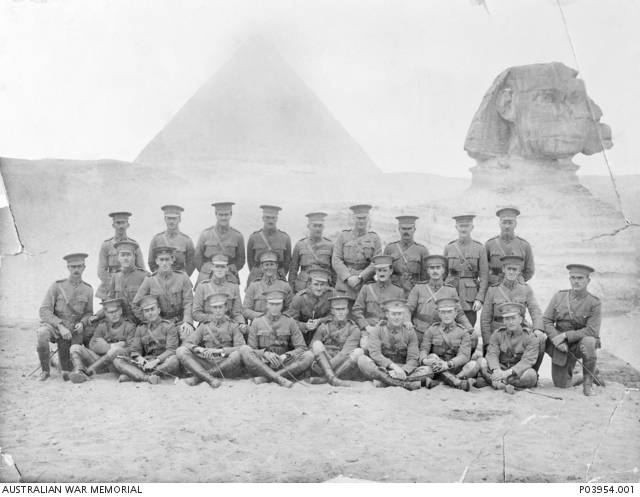