Lance Corporal Jason Nuske of the 2nd Cavalry Regiment, in the turret of an Australian Light ... 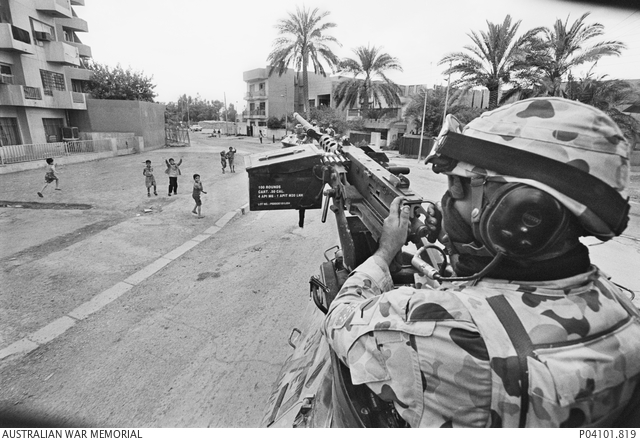