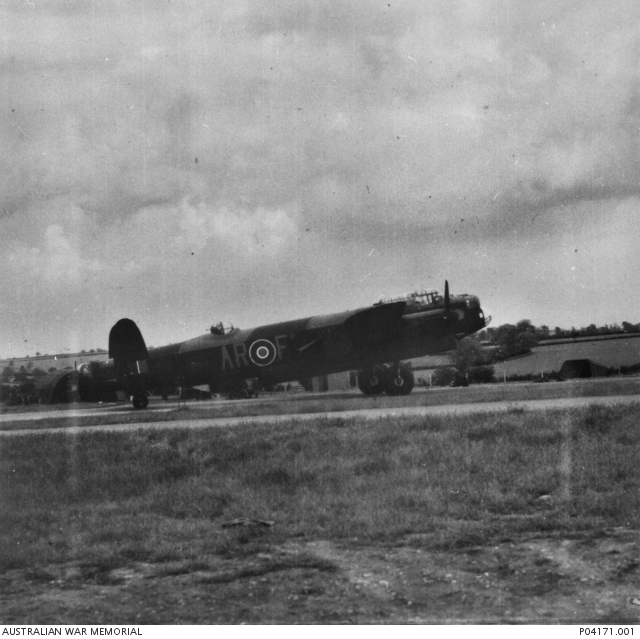 An Avro Lancaster bomber (serial number PB 471) of No 460 Squadron (AR F2), RAAF, based at Binbrook, Lincolnshire. This aircraft was later shot down by German night fighters on 21 February 1945, whilst returning from a bombing mission over Dortmund and all crew members, with the exception of the pilot, were killed.