Group portrait of student pilots of No. 5 Flight at No. 4 Service Flying Training School, ... 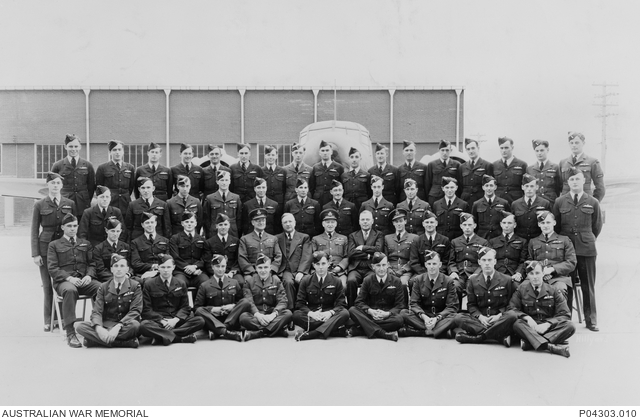