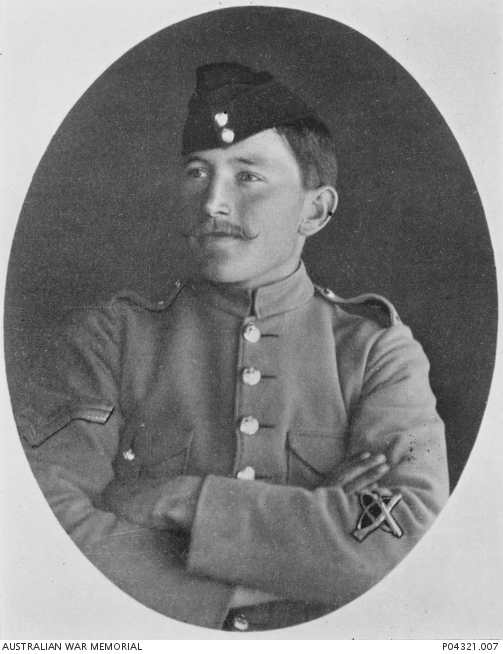 Studio portrait of 4 Corporal (Cpl) Alex Ross, 1st Victorian Contingent, of Castlemaine, Vic, in full uniform prior to his departure to South Africa to serve in the Boer War. Cpl Ross was killed in action on 12 February 1900 whilst gallantly defending a position against overwhelming numbers at Rensburg. He was shot through the chest, and died shortly afterwards. Major George Eddy and Lieutenant James Roberts were also killed in the same action.