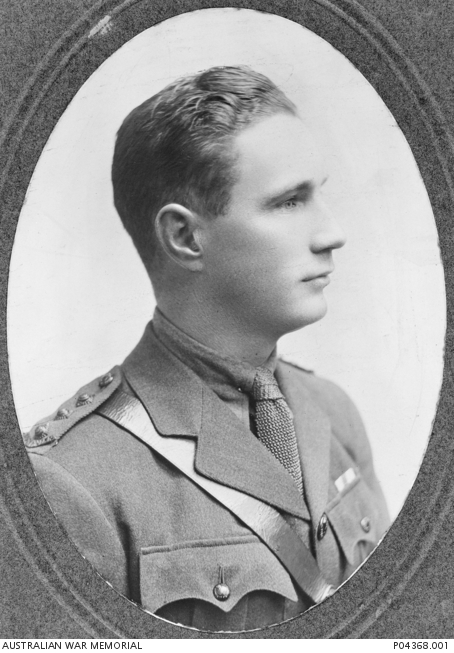 Studio portrait of Captain (Capt) William Henry Orchard, of Geelong, Vic, MC, 38th Battalion aged 29. Orchard enlisted as a Lieutenant on 26 July 1915 and embarked from Melbourne with 38th Battalion reinforcements on HMAT Runic (A54) on 20 June 1916. He fought on the Western Front where he was awarded the Military Cross during the fight to control Broodseinde Ridge on the morning of 4 October 1917. His citation reads, 'For conspicuous gallantry and devotion to duty. Owing to his officers being killed or wounded early in the fight, he found himself in command of the assaulting troops. He carried out his task and re-organised in a very efficient manner. His energy and cheerfulness in depressing circumstances were an incentive to all'.
Capt Orchard returned to Australia on 28 February 1919 and resumed his career in accountancy. He died in 1965.