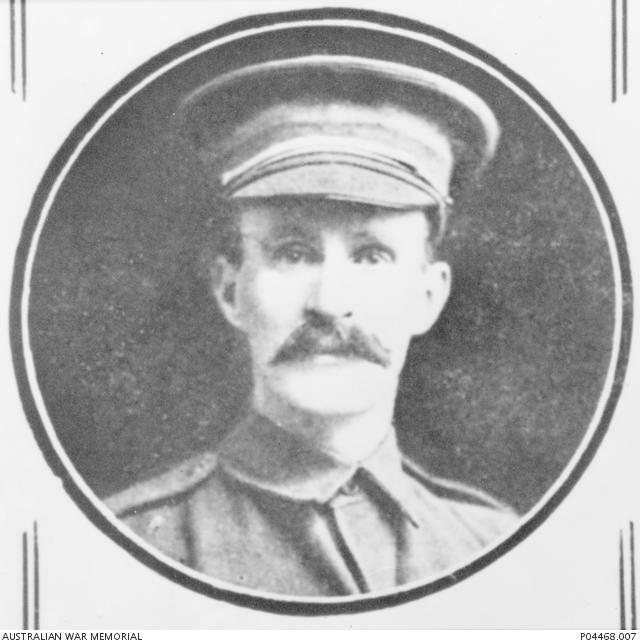 Studio portrait of 6295 Private (Pte) Philip Gidley Leslie King, 20th Reinforcements, 14th Battalion, of Cobden, Vic. A farmer prior to enlisting on 17 December 1915, he embarked from Melbourne aboard HMAT Port Sydney on 7 September 1916. Pte King was killed in action on 5 February 1917, in France, aged 34 years. He was a descendant of Phillip Gidley King, Third Governor of NSW, one of over 50 whom served in the First World War.