Aboard their vehicle, the crew of an M113A1 Armoured Personnel Carrier (APC) of A Squadron, 3 ... 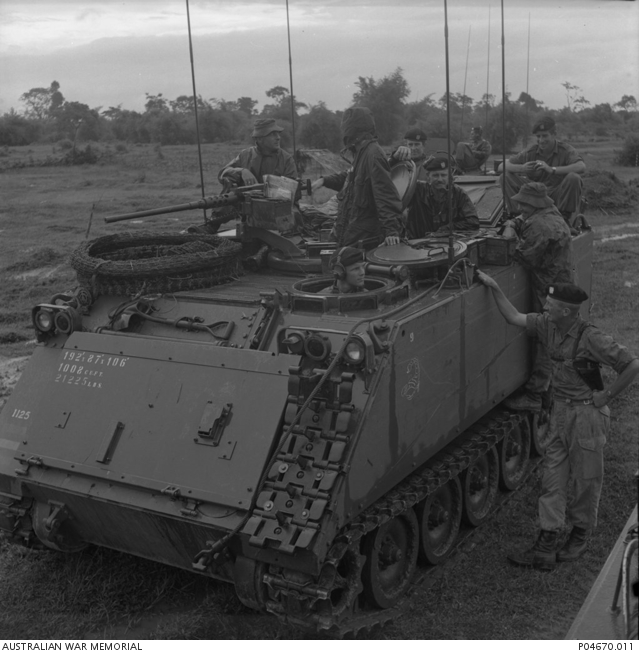 Aboard their vehicle, the crew of an M113A1 Armoured Personnel Carrier (APC) of A Squadron, 3 Cavalry Regiment, talk to other members of the unit on the ground or standing on the vehicle's tracks after it has pulled off Route 23. The APC, with call sign 9 and ARN 134220, is the Squadron HQ (or Commander's) vehicle. It is part of an enormous column of Australian and American armoured vehicles that is moving along the road towards the staging point for Operation Paddington near Xuyen Moc. The operation, involving the equivalent of nine American, South Vietnamese and Australian battalions, is the largest that has so far been conducted in Phuoc Tuy Province. (This image was published in Michael K. Cecil, 'Mud and Dust: Australian Army Vehicles and Artillery in Vietnam', page 84.)