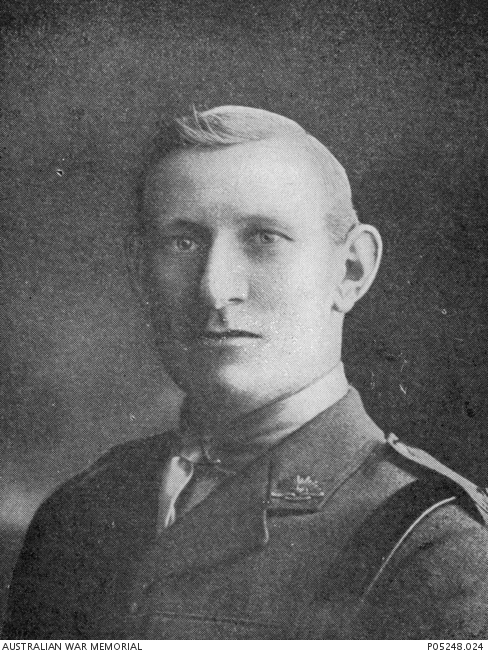 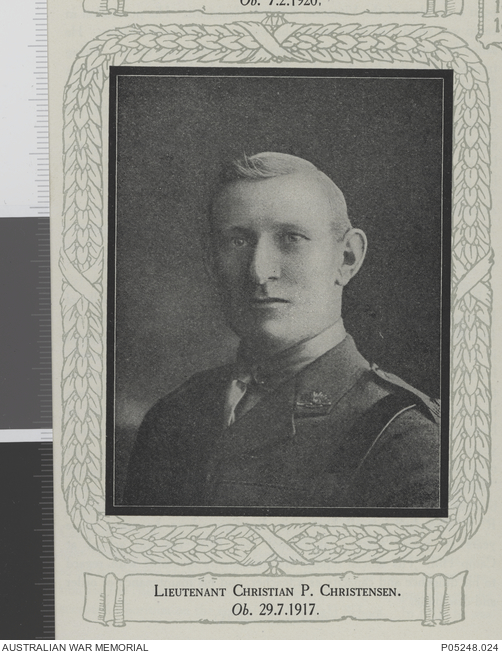 Studio portrait of Second Lieutenant (later Lieutenant) Christian Peder Christensen, 39th Battalion, of Traralgon, Victoria. A teacher prior to enlisting, he embarked from Melbourne aboard HMAT Shropshire (A9) on 25 September 1916. He was promoted to the rank of Lieutenant on 23 July 1917. On 29 July 1917, aged 31, he and four other members of a working party, laying cables at Messines, Belgium, were killed in action. He was highly respected and well liked by his comrades. He is buried in the Kandahar Farm Cemetery, Belgium.