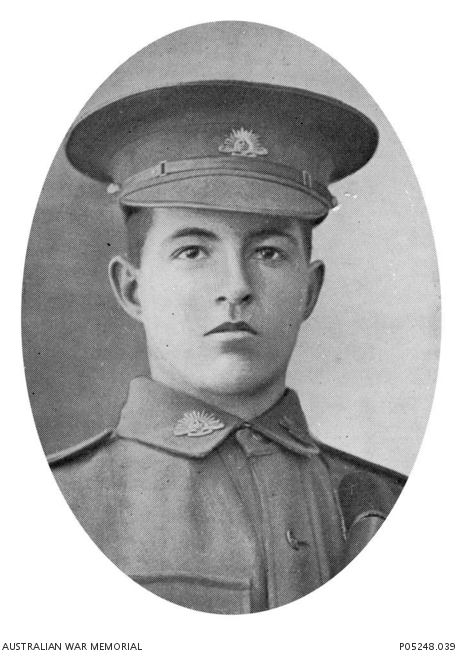 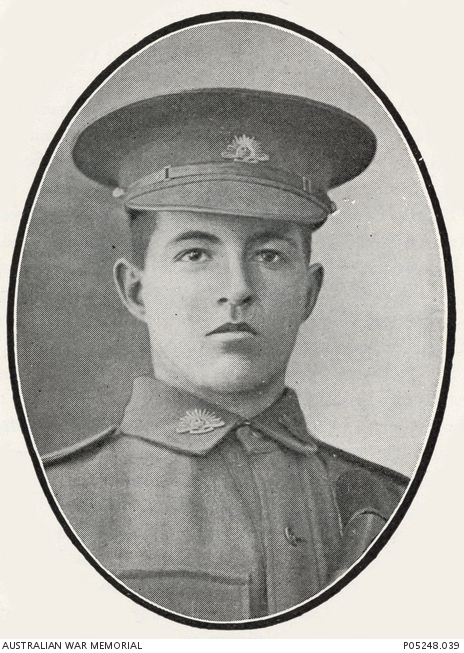 Studio portrait of 2612 Private John Moore Daniell, 23rd (later 57th) Battalion of Wycheproof, Victoria. A school teacher prior to enlisting, he embarked from Melbourne aboard HMAT Ulysses (A38) on 27 October 1915. On 15 July 1916, he was killed in action at Estaires, France, aged 18 when the battalion came under heavy shelling and a gas attack. He is buried in the Rue-Du-Bois Military Cemetery, Fleurbaix, France.