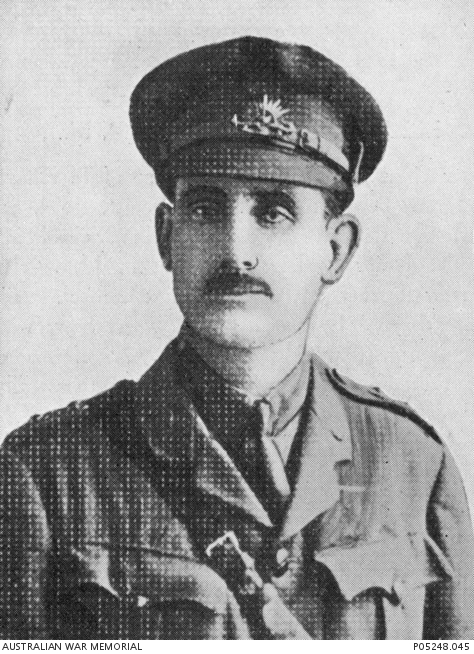 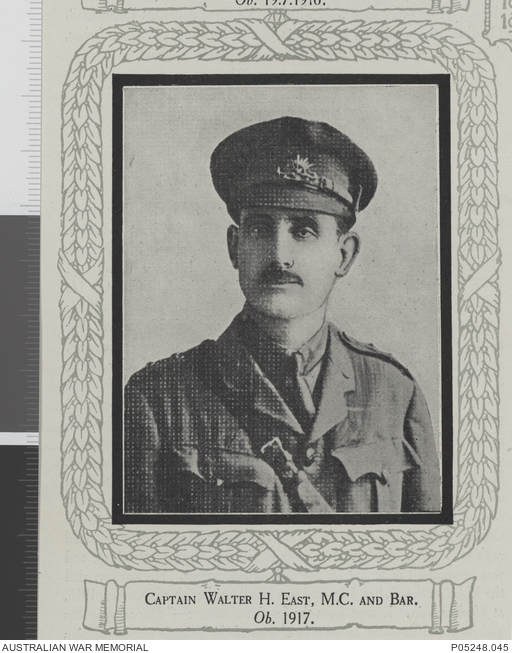 Studio portrait of Captain Walter Henry East MC and Bar, 1st Field Artillery Brigade of Brisbane, Queensland. A YMCA Assistant Secretary prior to enlisting, he embarked from Brisbane aboard HMAT Rangatira (A22) on 25 September 1914, with the 3rd Field Artillery Brigade, as 1645 Gunner East. He was involved in the Gallipoli campaign, promoted to Lieutenant and mentioned in despatches. He was awarded the Military Cross on 4 June 1917, for "consistent good work and devotion to duty during the period 26 October 1916 until 15 January 1917". A Bar to the Military Cross was awarded on 18 October 1917 "for conspicuous gallantry and devotion to duty". On 5 October 1917, during fighting at Westhoek Ridge, Belgium, he was killed in action, aged 30. He is buried in the Reninghelst New Military Cemetery, Belgium.