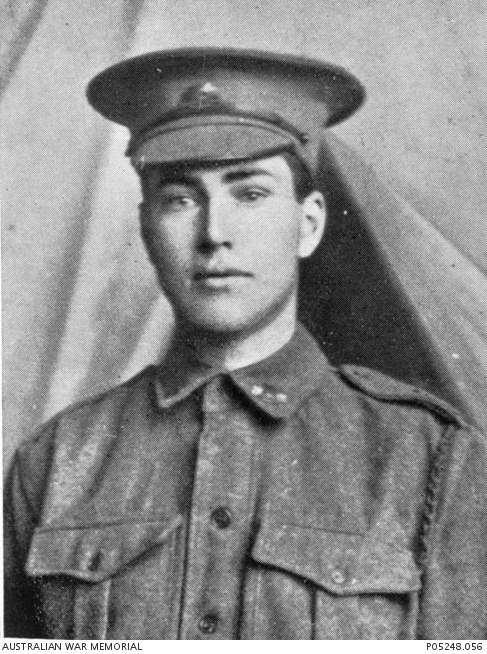 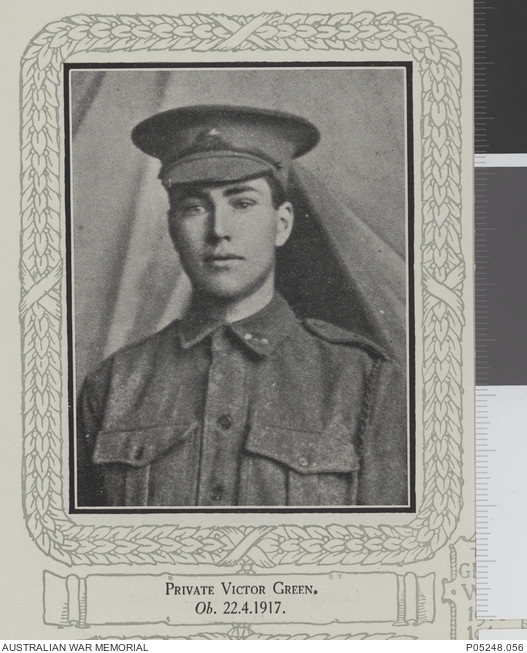 Studio portrait of 6498 Private Victor Green, 5th Battalion of Benalla, Victoria. A school teacher prior to enlisting, he embarked from Melbourne aboard HMAT Nestor (A71) on 2 October 1916. On 22 April 1917, he was wounded in action near Langnicourt, France and died later that day at the 3rd Casualty Clearing Station, France, aged 20. He is buried in the Grevillers British Cemetery, France.