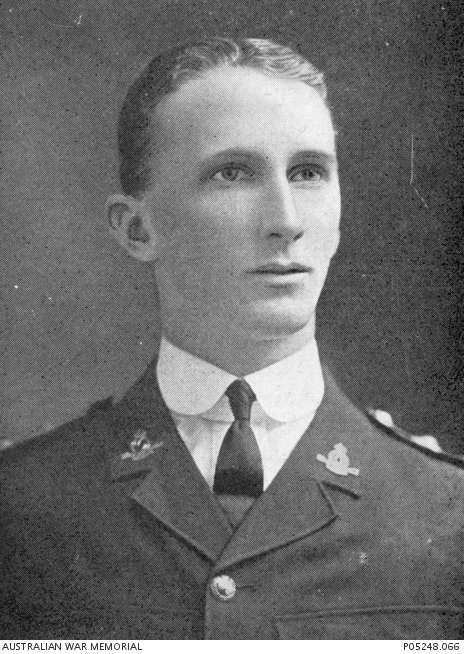 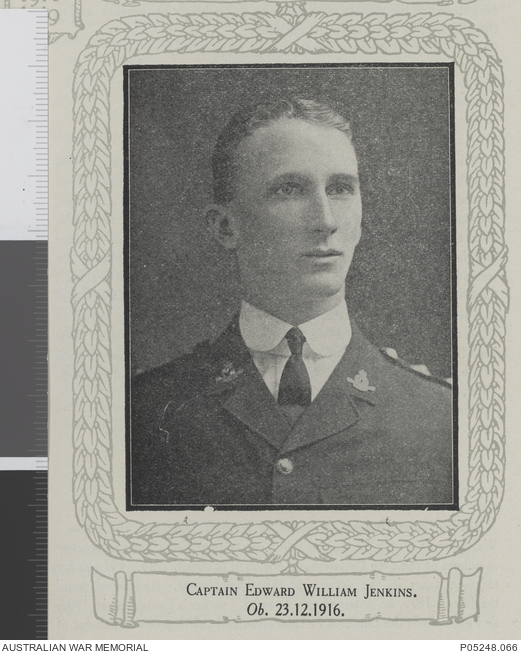 Studio portrait of Lieutenant (later Captain) Edward William Jenkins, 6th Field Artillery Brigade of Canberra, ACT. Prior to enlisting, he was a student at The Royal Military College. Canberra, ACT. He embarked from Melbourne aboard HMAT Wiltshire (A18) on 18 November 1915. On 21 December 1916, he was struck by a shell and killed in action at Needle Dump near Gueudecourt, France, aged 21. He is buried in the Dartmoor Cemetery, Becordel-Becourt, France.